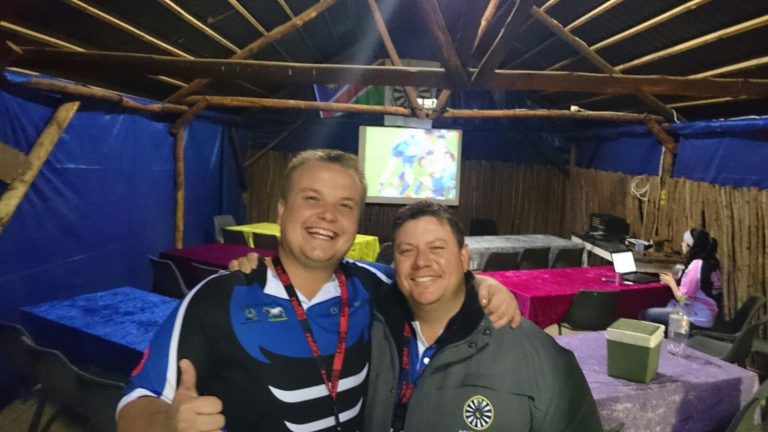 Round Table Douglas 224, had the privilege to host the Spring Area Conference in September 2015.

The intention was to organize a relatively cheap Area weekend for all and so the venue was held on the Megaw’s Farm. Venue for free and accommodation was reasonably cheap. This led to an unbelievable weekend, enjoyed by all and a relaxed atmosphere filled the banks of the Vaal River, until the sun set!!!

Bon fires were blazing and much laughter and joy full music filled the valley. The sheep “Spit braai”, was soon finished and all were set for a great party. So much so, that the party lasted until the wee hours of Saterday morning. 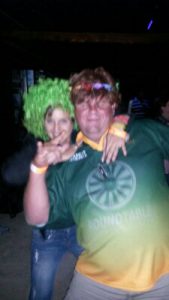 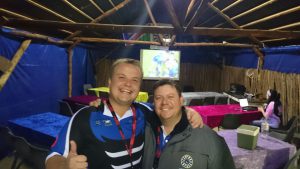 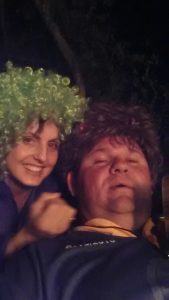 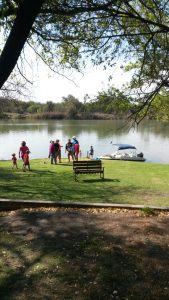 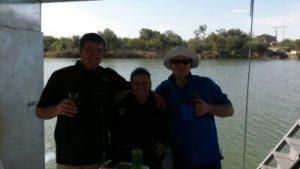 The Saturday set off with the start of the meeting in a much less formal way, and in my opinion, must have been one of the most successful meetings held in the Northern Cape Area. The ladies embarked on their trip and the gentlemen were left to discuss matters.

After a very successful meeting, the Area prepared themselves for the potjie kos kook off!

The Tables were divided into Areas, namely: Eastern, Central and Western

Vryburg and Hartz were in the Eastern Area 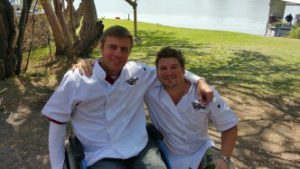 Douglas and Prieska were in the Central Area 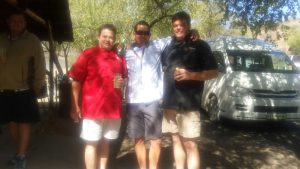 and Augrabies and Upington were in the Western Area

The whole idea for this initiative, was to build the fellowship around a camp fire, while the guys battle it out to see who is the champion Potjie kos Chef, in the whole of the Northern Cape Area.

Once the “Chefs” were at it, it was time to take a leisurely trip on the Vaal river with the Barge. Some of us were brave enough to dive in and test the “Not so warm” water. 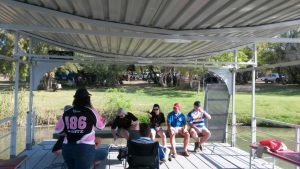 After our sundowner cruise, it was time to judge the potjies. Great food was presented and a huge congratulations goes to Augrabies and Upington for their great effort on their Chicken Potjie. Well done chaps 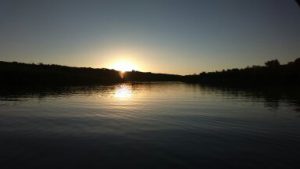 The evening kicked off with a beautiful sunset and so too the Kickoff to the Rugby world Cup and the Springboks first game against Japan. Although we lost the game, our spirits could not be dampened by the “Lumo” party that lasted until past 03:00am on Sunday morning. It was a great evening!!

Round Table Douglas 224 would like to thank each and every one that traveled so far to join in on the festivities.